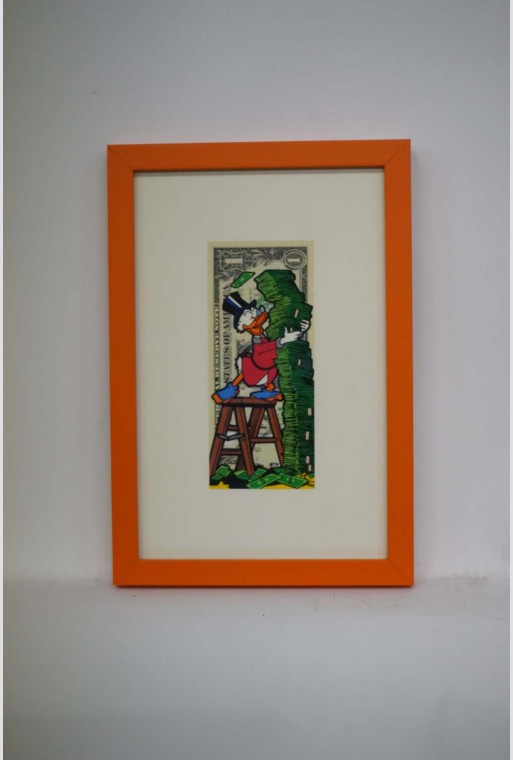 Originally a graffiti artist before becoming a graphic designer, Benny the Kid is an artist that represents his generation and for whom the city is synonymous with a terrain of experimentation and creation without limits. Strongly influeNCed by street art and urban culture, he initially favoured spray paint and Posca felt pens, before pushing his exploration of visual arts further, which led him to abandon pure graffiti for steNCilling techniques in 2009
.Drawing on current affairs and the world of information in general, his works are the “loudspeakers” which emphasize, condemn or simply highlight the world around us, often humorously, with its details as well as its deviations from the norm. This importaNCe attributed to communication, notably by delivering a message, is significant for the artist, who is inspired by strong and committed personalities such as Banksy, Shepard Fairey, Basquiat and Warhol to name but a few
.Visual hybridisation also plays a central role in his work. By creating pieces that he calls “mixmedia”, which consists of using spray paint mixed with acrylic or watercolours and used materials (wooden pallets, metal plaques, old vinyl, cardboard etc.) he has salvaged to reuse in his compositions, the artist shapes his artworks as fragments of reality reinterpreted in his own style
.The world of Benny the Kid is a universe full of colour, where genres are not divided and where no subject is off-limits, in order to allow each and every person to reflect on their own convictions, beliefs and commitments.